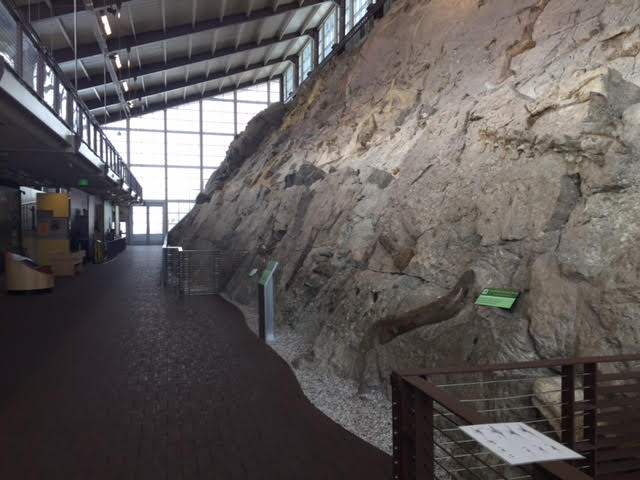 The images of enormous dinosaurs lumbering in verdant swamps came from where? Not Dinosaur National Monument. The 50-foot thick sediment-bed that entombs one of the largest death assemblages on earth is made up of volcanically derived clay, tuff, and chert not boggy peat or coal. There are almost no plant fossils–not even the most easily preserved representatives–spores and pollen. Where are the cycads, palm trees, and giant insects so representative of the highly portrayed prehistoric swamp? 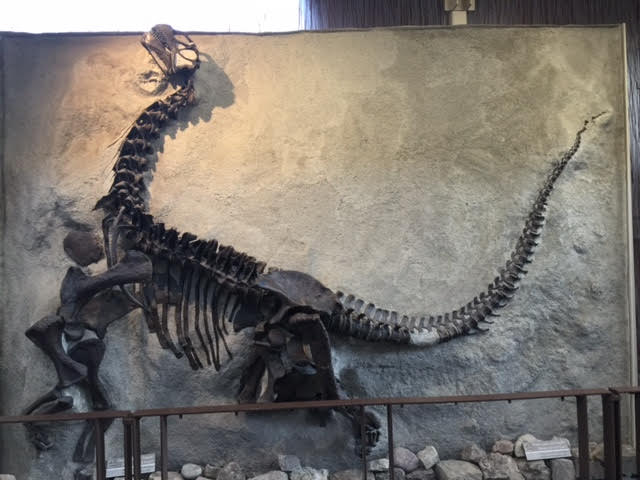 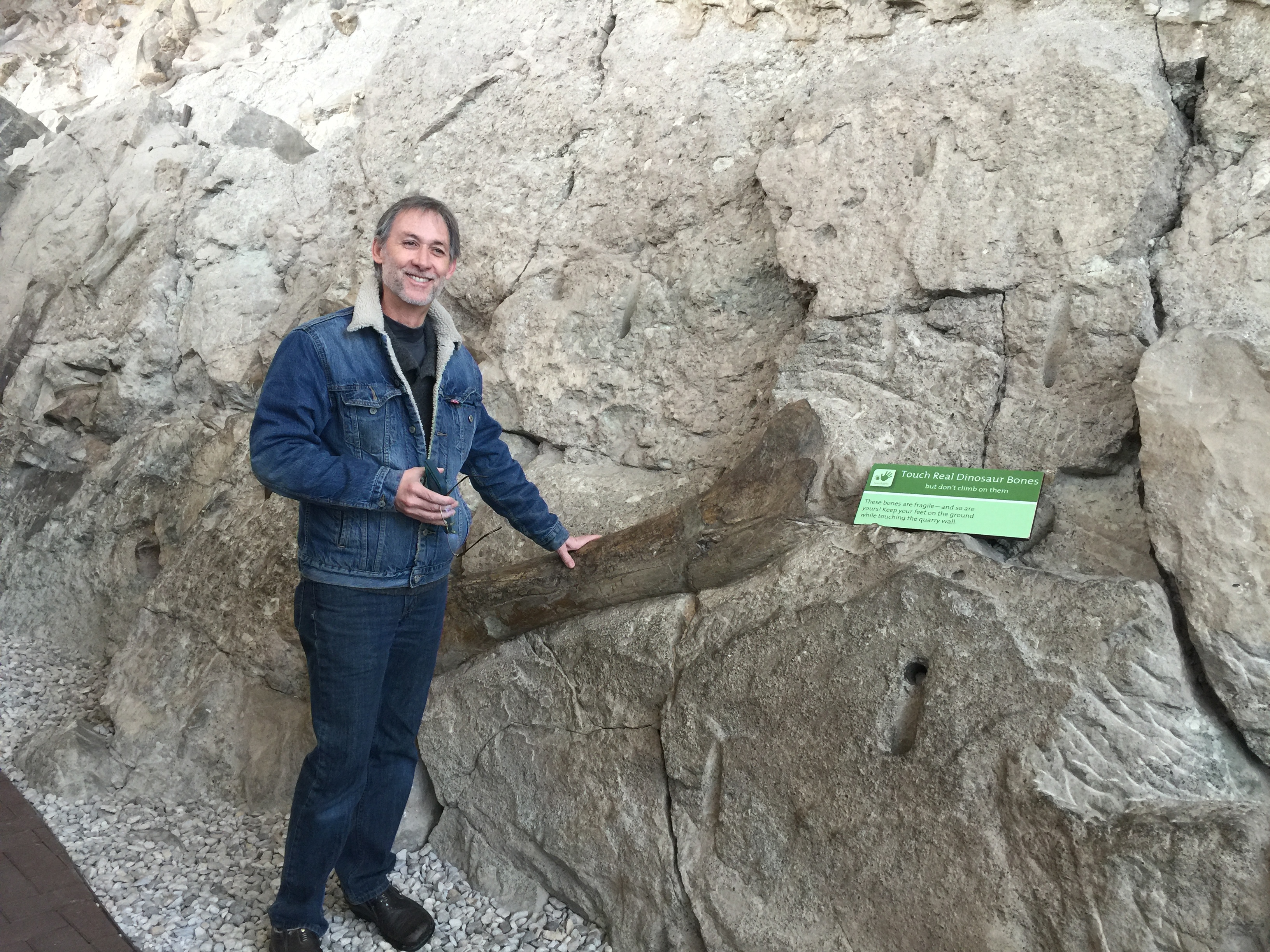 At Dinosaur National Monument thousands of bones have already been recovered and can be found in museums all over the world. Note the 20 foot-long Camarasaurus and the 4-foot long Allosaurus femur that can still be seen at the museum.

It is really hard to piece together the past. We didn’t get to see it happen and sediments can be deposited in a number of ways. All we have to go on are the subtle clues left behind in the rock record, and even the easy clues can be misinterpreted. Sometimes the best clues are those not there. At Dinosaur N.M. (DNM) there are fossils of vertebrates and invertebrates, but almost no plants. This is plausible only if you understand this is not a stable environment where animals lived, played, and grew up. It is a catastrophic burial ground.

What we do see is articulated and disarticulated dinosaurs, freshwater clams and snails with modern-day analogs. There are a few logs and wood fragments all jumbled together in a matrix of volcanic clay and sand-size volcanic tuff and chert, a type of volcanic quartz. The montage is organized into channels that flowed west to east and compares favorably with the death assemblage at the Cleveland Lloyd Dinosaur Quarry located in Emery County, Utah, almost 200 miles to the south. That disaster was also preserved in the Morrison Formation. 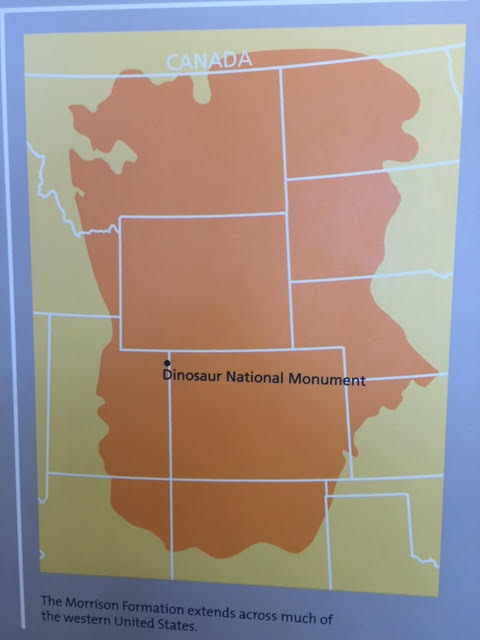 What is the Morrison Formation made of, and how was it formed? The Morrison Formation consists of mudstone, sandstone, conglomerate, volcanic ash and bentonite, limestone and marl. It is famous for its beautiful red and white and green alternating strata, its uranium deposits, and its dinosaur bones. Many believe it is the result of hundreds of rivers, lakes, and splay deposits pouring off an uplifting volcanic range to the west, possibly from as far as the Sierra Nevada Range in California. The Morrison extends from New Mexico to Canada, from Utah to Kansas, spans 60,000 square kilometers, and can be as much as 1,000 feet thick in places. Note in the picture above how many states are associated with the formation. Geologists split the formation into four members for convenience: Windy Hill, Tidwell, Salt Wash, and Brushy Basin Members, but for the average person they are hard to tell apart.

Though there is no consensus, much of the evidence points toward a volcanically driven mudflow or lahar as the cause. At DNM up to 50% of the deposit may have been derived from volcanic ash. Do you remember the mudflows from the Mt. St. Helens eruption? It may have been similar. The sediment is primarily volcanic, and the bedding is not indicative of normal fluid transport. Can you imagine a 50-foot high wall of surging mud and ash and water and tumbling dinosaurs speeding down a hill-side or stream channel at 30 to 40 miles per hour? How many of you have seen a lahar in action? Though much smaller than those at DNM, note these video examples of a lahar in action:

Television shows and movies like to show dinosaurs lumbering around, enjoying a slow paced, laze fair life-style, with an occasional predatory interlude; however, at least in a few locations such as Dinosaur National Monument, the animals were panicked and running for their lives when they came to their catastrophic end.

It really was a monumental disaster!