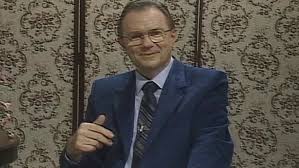 I have followed the teachings of Graham Maxwell for years and know there are few men with his gifts and unique ability to explain God’s ways. He wanted to make a summary statement that succinctly told of his experience with God, a short note to put on the back of a church bulletin, and this is what he wrote:

I believe that the most important of all Christian beliefs is the one that brings joy and assurance to God’s friends everywhere — the truth about our Heavenly Father that was confirmed at such cost by the life and death of His Son.

God is not the kind of person His enemies have made Him out to be — arbitrary, unforgiving and severe. Jesus said, “If you have seen Me, you have seen the Father.” God is just as loving and trustworthy as His Son, just as willing to forgive and heal. Though infinite in majesty and power, our Creator is an equally gracious Person who values nothing higher than the freedom, dignity, and individuality of His intelligent creatures — that their love, their faith, their willingness to listen and obey may be freely given. He even prefers to regard us not as servants but as friends.

This is the truth revealed through all the books of Scripture. This is the everlasting Good News that wins the trust and admiration of God’s loyal children throughout the universe.

Like Abraham and Moses — the ones God spoke of as His trusted friends — God’s friends today want to speak well and truly of our Heavenly Father. We covet as the highest of all commendations the words of God about Job: “He has said of Me what is right.” Graham Maxwell

I don’t think anyone has said it better.

1 thought on “The Most Important Christian Belief”