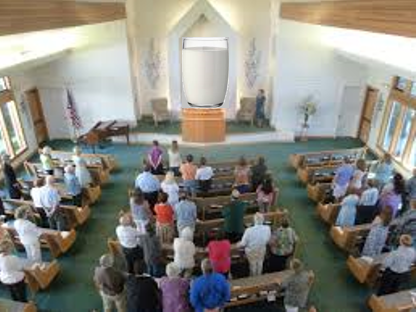 I went to a church stuck on milk. It wasn’t a new church in town; it was just new to me, and it was stuffed with 200 vibrant worshipers. There were parents with their teenagers and babies and patriarchs pulling their oxygen bottles over to their designated seats. There were rich and poor, and black and white and brown of all sizes, all singing and smiling and then nodding their heads in agreement when the pastor preached his spirited message. They seemed to be everything a church should be, but something wasn’t quite right.

The first glitch appeared when the pastor preached a series of sermons on the book of Daniel. He went chapter by chapter, covering one significant story a week. Chapter one highlighted Israel’s destruction by Babylon and Daniel’s capture and resolve to follow God regardless of the consequences. In two, he showcased the king’s dream of a massive metal image, linking each metal with a kingdom from history: the gold head-Babylon, the silver chest and arms- Meads and Persians, the bronze thighs-Greece, and the iron legs-Rome. Surprisingly, the pastor skipped the iron and clay feet, but I figured he would pick it up again in chapter 7.

Chapter three focused on the king’s 90-foot-tall image of gold and how the king ignored God’s prediction that there would be more kingdoms after him. The pastor added a snippet about Daniel’s friends escaping a fiery furnace, their punishment for not worshiping the despotic king’s golden image. Sermon-four expounded on another vision called the Tree. It was a warning that the king needed to change his ways lest he’s humbled and made to eat grass as an ox.

In lecture five, King Belshazzar mocks God by throwing a party with goblets taken from the Jewish temple. As a result, God takes away his kingdom, dividing it between the Medes and Persians. He told the story of Daniel in the lion’s den in sermon six, linking God’s protection with our faithfulness. So far, so good.

I was impressed with Pastor Steve and how well he had expounded on the first six chapters of Daniel. He was articulate, inciteful, and added just the right amount of humor to hold your attention. I couldn’t wait to hear what he would focus on in chapter seven because it goes even further than chapter two in identifying future kingdoms, and who doesn’t want to know the future? Chapter seven looks at four great beasts, a lion, a bear, a leopard, and a terrifying animal with iron teeth and ten horns, and one of the horns grows more significant than the others, pulling out three horns by the roots.

What world kingdom would he identify with each creature this time? Would he match the lion, bear, and leopard with Babylon, Meads and Persians, and Greece like he did in chapter two? Would he equate the iron legs in chapter two with the terrifying animal with iron teeth—Rome? If so, who would he match with the little horn? For those who can’t accept that God knows the future, Antiochus Epiphanes is often selected, but for those not so restrained, it’s often suggested as the Catholic Church. Who would this Protestant pastor identify as the beast?

I looked forward to his next sermon all week, but he began a new series on David instead. I sat through the song service, the prayers, and the offering in anticipation, but when he started to preach, he asked us to open the book of Psalms not Daniel.

After church, I asked him why he didn’t continue with Daniel and get into what I consider the best chapters—seven through twelve. He said he didn’t want to offend anyone. Wow! On the surface, that is considerate. We are not to hurt or offend others unnecessarily. But why would God have his prophets write these things down if he didn’t want us to know and understand them? Why wouldn’t the pastor preach on a topic that God thought was important enough to add six full chapters to the Bible? What’s wrong with tactfully telling the truth?

I found that the pastor stayed away from other vital passages of the Bible, too, such as Ezra and Nehemiah, where God demands that his people divorce their non-Jewish spouses, and Isaiah 33:15, where God explains what he means by the “fires of hell,” and most significantly, he wouldn’t touch the book of Revelation, which unfolds a universe-wide war caused by Satan. Why do pastors stay away from the hard stuff, sections identifying evil players by name?

Rather than expounding on God’s willingness to save anyone that comes to him, this pastor would remind his flock of the death of Egypt’s firstborn and the destruction of Sodom and Gomorra, and he’d do it without explaining the context. He would spin it in such a way that God almost enjoyed killing people who disobeyed—he had to—because he is so holy.

I discovered the reason why everyone in church was so nice to me. It was not that they loved me, loved God, and loved each other. No, they thought they had to be friendly, and if they didn’t, they’d burn forever in hell. This congregation completely missed the Bible’s teaching on this point.

The teaching of a forever-burning hell, a place where people are tormented day and night forever, is incorrect, and so is the teaching about death, where people go straight to heaven when they die. Jesus said the first death is a sleep, and we rest in the grave, here, until the resurrection. Jesus also said that all the dead would one-day hear his voice and be brought back to life. Meaning, when he returns, he will raise all of his friends from the grave.

The rest of the dead, those bent on rebellion, will be raised later. The Bible says the second resurrection will be 1000-years later, and they will be raised to see God and Jesus with their own eyes. But instead of praising God and singing, instead of humbly bowing down and showing their respect, they surround the city—New Jerusalem—and attack.

These people and Satan and his angelic followers demonstrate that nothing can change their minds. More truth, more evidence, even seeing God and the majestic New Jerusalem with their own eyes, has no effect. Their actions declare they are hardened, hopeless, and impossible to save or heal.

So what else can God do, but give them up? Is there anything else God can do but to hand them over to the consequences? And God will do it just like he gave up Jesus in Gethsemane and the cross. Jesus was treated like a sinner and made to be sin though he never sinned. He was made to be the “chief of sinners,” the worst of the worst, and what happened?

He died a lonely, sad death. And those surrounding the city will do the same. God will unveil his glory, a brilliance described as fire, and those who have come to love God and each other, those who reflect God’s character of love will live and thrive, but those who have chosen a life of rebellion, who have rejected God and refused to love, will die. It’s the natural consequences God warned us of in the beginning, “If you sin, you will die.” (Genesis 2:17) But it won’t be God putting them to death; they will have separated themselves from God, and they will sadly reap the reward.

It seems that God’s actions are not generally understood on this planet, and it’s everyone’s fault. Too many people don’t read the whole Bible. They read a sentence here and there. They link verses together to tell a story of their liking, and they miss the Bible writer’s meaning and context. And because the average person knows so little of the Bible, pastors, priests, and Bible workers have to serve milk and not meat to their congregations.

3 thoughts on “Stuck on Milk”