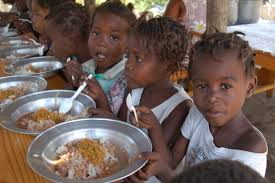 George Bush (GW) famously said, “Whether we bring our enemies to justice, or justice to our enemies, justice will be done.” And like most people, GW’s justice is more like vengeance, and shouldn’t be confused with Biblical justice. Bush’s definition sprouts from Roman roots; Biblical justice flows from how God deals with righting the wrong, healing the hurt, or fixing the problem.

17 For the Lord your God is God of gods and Lord of lords, the great God, mighty and awesome, who shows no partiality nor takes a bribe. 18 He administers justice for the fatherless and the widow, and loves the stranger, giving him food and clothing. 19 Therefore love the stranger, for you were strangers in the land of Egypt.

17 “You shall not pervert justice due the stranger or the fatherless, nor take a widow’s garment as a pledge. 18 But you shall remember that you were a slave in Egypt, and the Lord your God redeemed you from there; therefore I command you to do this thing.

18 ‘Cursed is the one who makes the blind to wander off the road.’

“And all the people shall say, ‘Amen!’

19 ‘Cursed is the one who perverts the justice due the stranger, the fatherless, and widow.’

“And all the people shall say, ‘Amen!’

3 The mountains will bring peace to the people,
And the little hills, by righteousness.
4 He will bring justice to the poor of the people;
He will save the children of the needy,
And will [a]break in pieces the oppressor.

5 Who satisfies your mouth with good things,
So that your youth is renewed like the eagle’s.

6 The Lord executes righteousness
And justice for all who are oppressed.

6 Who made heaven and earth,
The sea, and all that is in them;
Who keeps truth forever,
7 Who executes justice for the oppressed,
Who gives food to the hungry.
The Lord gives freedom to the prisoners.8 The Lord opens the eyes of the blind;
The Lord raises those who are bowed down;
The Lord loves the righteous.

16 “Wash yourselves, make yourselves clean;
Put away the evil of your doings from before My eyes.
Cease to do evil,
17 Learn to do good;
Seek justice,
Rebuke [a]the oppressor;
[b]Defend the fatherless,
Plead for the widow.

8 Then the word of the Lord came to Zechariah, saying, 9 “Thus says the Lord of hosts:

‘Execute true justice,
Show [a]mercy and compassion
Everyone to his brother.
10 Do not oppress the widow or the fatherless,
The alien or the poor.
Let none of you plan evil in his heart
Against his brother.’

17 that it might be fulfilled which was spoken by Isaiah the prophet, saying:

18 “Behold! My Servant whom I have chosen,
My Beloved in whom My soul is well pleased!
I will put My Spirit upon Him,
And He will declare justice to the Gentiles.
19 He will not quarrel nor cry out,
Nor will anyone hear His voice in the streets.

Dr. Martin Luther King Jr. used the word justice 11 times and quoted the Bible in his famous I Have a Dream speech, https://kinginstitute.stanford.edu/king-papers/documents/i-have-dream-address-delivered-march-washington-jobs-and-freedom

saying, “We will not be satisfied until justice rolls down like waters and righteousness like a mighty stream.”